Who are the faces of NBTA?

North Branch Trail Alliance (NBTA) of Greater Chicago was founded in early 2017.
While we are celebrating out first anniversary you might wonder who are the people behind NBTA. This blog post is about the faces of NBTA. 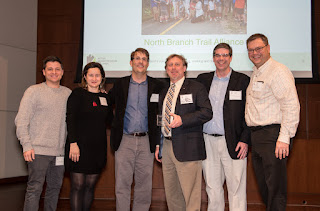 
Jim was born and raised on the Northwest Side of Chicago. He is married and a father of three boys. He grew up riding the North Branch Trail, exploring it and riding it all the way to the Botanic Gardens, on occasion. He has advocated on behalf of the extension to North Mayfair since 2013. Naturally, Jim was thrilled to participate in the dedication of the Southern Extension of the North Branch Trail in 2017, as President of the North Mayfair Improvement Association. 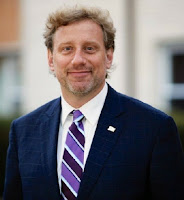 Jac grew up in the Irving Park neighborhood and still lives on Chicago's Northwest side. He is a well respected and successful community leader who has founded numerous citizen-led civic initiatives in both the city and suburbs. In addition to starting the North Branch Trail Alliance (NBTA), his other most recent civic projects include the Fair Allocation in Runways (FAiR) Coalition, a citizen-led movement that has given voice to the citizens and communities impacted by O'Hare noise; the Neighborhood Connection Project (NCP) - a citizen-led initiative that brought together over 400 citizens and 12 civic organizations over five years to create the Northwest area's largest outdoor bricolage mural; and Unity in Community, a citizen-led effort to provide a space for citizens to talk, share and act together in support of racial and gender equality, and inclusion. Unity in Community created the first-ever MLK Day Dinner for the Northwest area, city and suburbs alike.

Beyond his 25 years of service in our communities, Jac Charlier is a nationally recognized criminal justice leader. He is the National Director for Justice Initiatives and leads the Center for Health and Justice (CHJ) at TASC. He earned his master’s degree in public policy from The Ohio State University (but is an Illini grad at heart!). Jac is the father of three (mostly) great kids. He is a military veteran, recipient of the Outstanding Eagle Scout Medal, and played rugby for far too long. 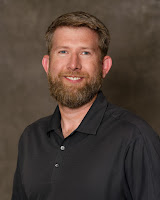 Keith has been an active proponent of community development for many years, most recently spending several years on the board of Albany Park Neighbors. He feels that building connection to the community promotes livability, an understanding of others, including different cultures, and believes that using that understanding can nurture inspiration. As a member of the NBTA leadership team, he hopes to promote the trail as a primary method to connect people within one community with business and opportunities in other communities will make the entire north side of Chicago and the north suburbs a better place to live. In his spare time, Keith loves to travel, explore the diverse neighborhoods of Chicago, and search out new and interesting foods.

Ross was born and raised in the Northwest suburbs of Chicago and has always enjoyed using the many recreational assets within the region. For over 5 years, Ross has served as the Economic Development Coordinator for the Village of Niles. In this role, he strives to make Niles a strong and attractive place to be for businesses, residents and visitors alike. The North Branch Trail runs directly through Niles and past some great amenities in Niles. The Village of Niles is investing in ways to promote these amenities, while making the trail experience only better. 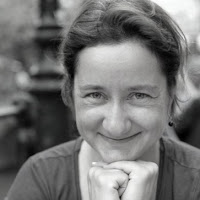 
Iliana is a full-time Atmospheric Scientist with NOAA, part-time career mentor, seasoned traveler and aspiring writer. For her cycling is a sport, a mean to commute, but above all an enjoyable activity ever since she remembers. She rides a single gear upright Dutch bike at a slower speed but more gusto. For Iliana joining NBTA was a result of having just settled in the Windy city, her love for cycling and her passion for bringing people together for good times. Having lived on three continents, she appreciates diversity and believes in community growth through engagement and civic work. 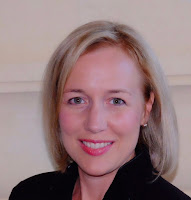 Julie is a North Branch Trail and Chicago Botanic Garden enthusiast who volunteers with NBTA on the vision of increasing interest and awareness around biking along the expanding North Branch trail, connecting bicyclists with neighborhoods and businesses along the trail. Past work with Rotary International and the University of Illinois on community/business partnerships and the incredible leadership team fuel her optimism and long view for the realization of the NBTA mission. While her claim to fame is as a former university DJ, Morley also holds a graduate degree in public policy and administration and brings expertise in writing, grant/program development and public affairs to the NBTA team. 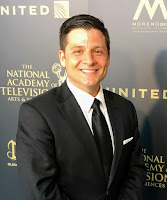 
Justin Ochonicki is a television producer and bike commuter who is obsessed with northside bike trails and actively tweets about them under the handle @bikechinorth. He commutes almost daily from his Edgebrook home to his office downtown using various trails, including his favorite path --the North Branch Trail. Justin actively volunteers in the community and supports local business. In addition to his involvement in NBTA since its inception, he is also on the board of the Edgebrook Community Association and Everyday Edgebrook organization. ****Justin oversees social media for NBTA and also promotes local business and community news in social media for the ECA and Chicago’s Edgebrook neighborhood. He loves meeting cyclists, civic leaders, and local business owners through NBTA and hopes more people take advantage of the incomparable North Branch Trail and NBTA's Alliance Partner shops, sites, and restaurants.